I've had great fun in the past few weeks - we have a quilt retreat planned for this coming weekend, so after putting aside all I want to take, I was itching to sew "something". After a very long break from the Rainbow Scrap Challenge I made some fabric with this month's colour- brown.  Brown is probably my least favourite colour, so had only a few scraps and strips.  Made some strata (which will be cut into triangles later) and some crazy pieced chunks of fabric.  Both boxes of brown are empty!!!  Yay!


These were done about 10 days ago: 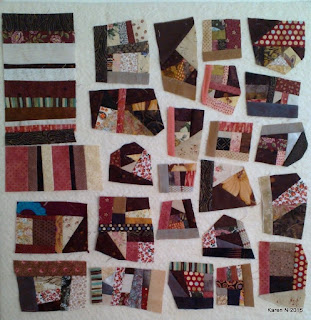 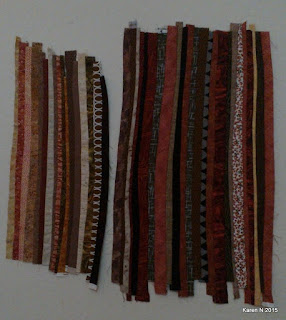 And then on the weekend added more strips and they ended up like this: 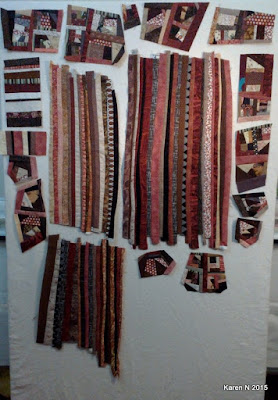 These are Twinkle blocks for this month's Block Lotto: 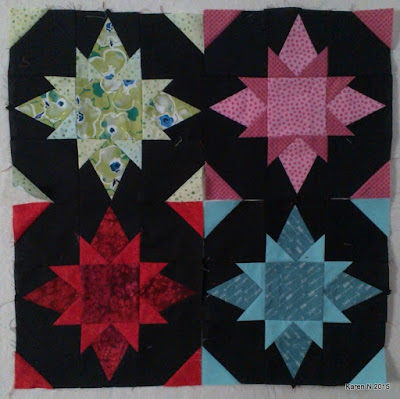 And these are cute little blocks made from the trimmed triangle scraps - wasn't thinking when I did the red ones, the other three have some form: 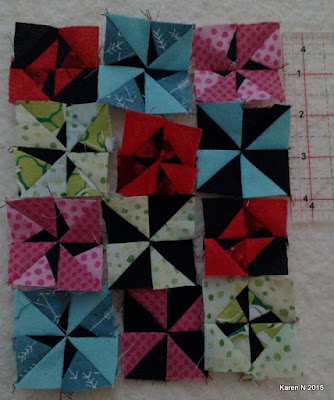 At our Group meeting weekend before last, we were shown a fun technique of constructing an on-point quilt - by sewing 5 x 8 blocks and making two diagonal cuts, and rearranging the three pieces.  This one was made using 1-1/2" squares.  The person showing us had made about 10 with different size blocks and alternate pieced blocks - and they were stunning! 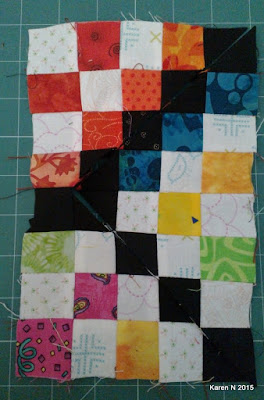 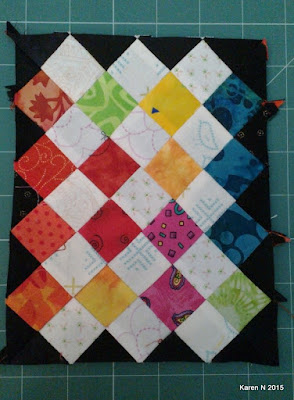